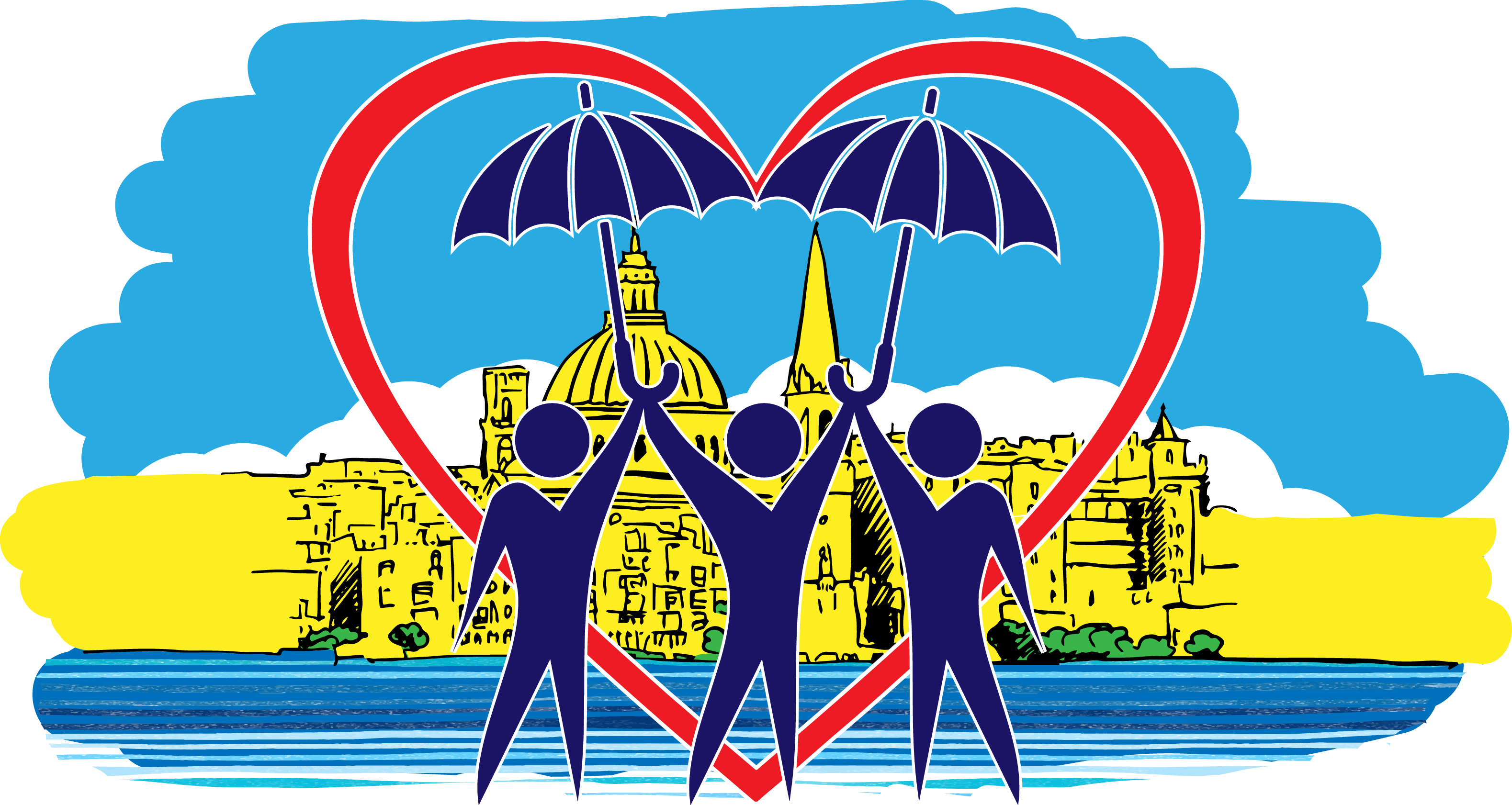 The 2018 Mental Health Champions were announced at the Universal Health and Mental Health Coverage for All Congress in Malta on December 12th.  Voting was very close so we have announced joint winners in each category. Winners will be honoured with a plaque and an invitation to present at the 2019 Dignity & Equality in Mental Health for a Global Citizenship Congress, to be held in Lille, France.

The World Federation for Mental Health, founded in 1948, is an international multidisciplinary, grassroots advocacy and education organization concerned with all aspects of mental health includes the voices of mental health professionals, family members and people with lived experiences.

WFMH’s goals are to heighten public awareness about the importance of mental health, to promote mental health awareness, to prevent mental, neurological and psychological disorders and improve the care and treatment of those with disorders.

WFMH envisions a world in which mental health is a priority for all people; public policies and programs reflect the crucial importance of mental health in the lives of all individuals, families, communities and in the political and economic stability of the world.

In the Lebanese context of care for patients suffering from mental disorders, a large number of people do not have access to healthcare because of the financial difficulties and the lack of private insurance coverage.

The AFMM, born in July 2015, has financially supported the hospitalization since May 1, 2017 of more than 83 patients partially or totally. Similarly, free consultations are provided weekly. The AFMM fights against stigma regarding mental illnesses, sending messages to reduce the taboo surrounding such diseases and to recognize these diseases and to have the courage to seek help.

Finally, the AFMM takes care of the families by trying to get them together and organize outings and dinners.

When Wes Geer, former lead guitarist for the international rock band Korn was in rehab, there was no music. Yet music has been shown to improve treatment outcomes for those who suffer from addiction and mental illness. After he stopped touring, Wes asked how he might be of service to those around him. He founded Rock to Recovery with the idea to bring a form of highly effective music therapy to addicts to help them recover like he did. Rock to Recovery places professional musicians who are in recovery from addiction in addiction and mental health treatment centers as an ancillary service.

Rock to Recovery has expanded to serve more than 100 addiction and mental health treatment centers in California and Tennessee and delivers more than 450 sessions each month. The group also has a contract with the Department of Defense to serve veterans through the Air Force Wounded Warrior program. Sessions are delivered outside the United States by request.

The mission is to help people achieve healthier, happier, longer lives. They achieve this by working with individuals and communities, educating and supporting them, and working with our partners to tackle the underlying causes of poor health.

They believe it is important to measure our social impact as it demonstrates the value within communities in which they operate in. http://www.wellbeingenterprises.org.uk/about/ BBC news

Professor Natalia Petrova is one of the most famous and well-deserved psychiatrists in Russia, working both in the field of healthcare and in the educational and scientific directions. Natalia Petrova conducts weekly clinical analysis and inter-cathedral clinical examinations of patients who are especially difficult in the diagnostic and treatment plan in several medical institutions in St. Petersburg.

In 1999, Prof. Petrova took an active part in the creation of the Department of Psychiatry and Addictions of the Faculty of Medicine in St. Petersburg University, one of the leading educational institutions of the country, and has been its head from the very first days of the department. She is the Laureate of the Russian Federation Government prize in education and the Honorary worker of higher professional education of the Russian Federation.

He led a 193 country survey of social discrimination against people with mental illness, and developed a Bill of Rights for people with mental illness signed by 60 international organisations and launched in the House of Lords in 2016. He also led a survey of British Commonwealth countries showing that less than half have a mental health policy, and has set up WPA Collaborating centres in 6 countries, appointed 6 Goodwill ambassadors and set up Diploma along with six joint statements on integrated care and care of migrants.

As British Medical Association President he leads a campaign for social justice for people with mental illness launched on World Mental Health Day 2018.

Dr. Eliot Sorel’s work at both the national and international level have been seminal in expanding the knowledge base, understanding, and stakeholder positioning in mental health. He has made innovative mental health and psychiatry contributions to research, education, services, health policy, and ethics.

The WPA partners with its members to host the annual WPA World Congress of Psychiatry and has developed various educational programs – including its long-distance e-Learning program. Courses such as this are vital for Lower and Middle Income Countries (LMIC) where only one-third of psychiatric faculty departments are based, despite the fact that they represent more than 80% of the world’s population.

This year, WPA took its first major steps towards strengthening the contribution of psychiatrists in regional or national responses to conflicts, emergencies and adversity.  Working with citiesRISE and the Juan José López-Ibor Foundation, WPA laid the foundations of its project to link local action with its global network to accelerate uptake and spread of best practices and approaches.

The Department of Mental within the Faculty of Health Sciences, University of Malta has always dedicated its efforts into producing the highest quality of psychiatric nurses as well as increase the knowledge about mental health and increase public awareness with campaigns such as #STOPSTIGMA.

The Department is heavily involved in research projects to provide evidence based research to improve mental health care delivery.

The current curricular guidelines for the Medical School in Brazil includes Mental Health as one of the mandatory areas of medical school internship to be implemented by 2018. This has brought some questions and decisions to be made by the UFRJ’s teaching staff, taking into account the high prevalence of mental disorders in primary health care (PHC) and the WHO recommendations on integrating mental health into PHC, plus the fact that most future physicians will encounter patients with mental disorders in their clinical practices.

This process is very complex. These complexities range from the discussion about what is Mental Health and its relation to Psychiatry, the relevance of psychiatric classifications in the PHC scenario and if the medical student’s learning in the PHC setting helps in the clinical care of the patient with mental disorder and in the demise of the stigma in relation to these patients.

UFRJ currently has 126 medical students in 17 primary care services in the city of Rio de Janeiro accompanied by 12 psychiatrists who come to the services weekly to discuss and see together patients with mental disorder with the medical intern and with the service staff.

The World Organisation of Family Doctors (WONCA) is at the forefront of initiatives to enhance global equity of access to high quality primary mental health care.  Their vision is to provide a universal gold standard of care for mental health by empowerment through primary care and in collaboration with all interested stakeholders.

Active for more than a decade, some of WONCA’s key achievements include: publication of the seminal policy document Integrating Mental Health into Primary Care: A Global Perspective (WHO/WONCA, 2008), which has influenced numerous policy initiatives; hosting two major international conferences in Granada, Spain (2008, 2012), jointly with the World Psychiatric Association, on Mental Health and Family Medicine.

WONCA is an official WHO non-State Actor, and offers regular primary mental health expert guidance to WHO – for example, through the mhGAP Implementation Guides (2010, 2016), designed to support evidence-based mental health care in low- and middle-income countries.

Through WONCA’s international consultancy service, they provided ‘train the trainer’ programmes on depression and related problems to family doctors in Moldova (2016), Japan (2018-9) and across the Asia-Pacific region (2018-20).